Follow Gus, an 8-year-old resident of Karitane, Dunedin, on his adventure at Nitro Circus on Friday the 6th February!

Enter the Elephant! Gus an 8-year-old resident of Karitane, Dunedin, came to the Circus on Friday the 6th February! Pastrama, the USA Nitro Circus mastermind and genius, enters the Dunedin Forsyth Barr Stadium on the back of a plastic elephant mimicking an era of Victorian heyday circus freak shows. A few seats away from Gus a clown runs through the audience, only to remove his mask and reveal himself as one of the motorbike riders in Pastrama’s show. Gus never took his eyes off the line up of bathtub riding, go-cart gliding, shopping trolley flying nutters down the length of a ‘gang plank’ death wish 35m semi ‘half pipe’ with a 40m gap leading into another half pipe.

An entourage of 40 riders who captured the total fixation and imagination of the likes of 8 year old Gus, managed to engage him visually for two hours in the manic action packed organised chaos of acrobatic leaps and jumps: forward; backward; triple; quadruple on FMX motorbikes; BMX bikes; rollerblades; skate boards; a rocking horse and cowboy; Barbie doll car; trikes; snowboard and pretty much anything with wheels. Unbelievable records were set – a Canadian female rider – Jolene Van Vugt, whilst nursing an injury, completed a jump which she had been attempting previously effortlessly; a young motorbike rider completed a quadruple backflip for the first time ever which has never been seen in New Zealand before.

Feeding his already insatiable hunger of ‘Pastrama-itus’, Gus sat glued to this gritty edgy live event. We are all made of flesh and bone – with the exception of a bruised scooter rider, Ryan Williams, much to Gus’ relief no one got hurt. Top hat wearing Clown garbed commentator amped everyone up to go berserk in this little corner of our Southern Hemisphere, quietened Gus only momentarily by the Kiwi motorbike contingency’s Haka in remembrance of Waitangi-day. “That guy is in a wheelchair” mesmerized by Pastrama’s heart of gold as he includes riders such as Aaron ‘Wheelz’ Fotherington on his wheelchair – a reminder that this circus has room for everyone provided they have nerves of steel and a nobility to grow wings. Included were four riders on a motorbike who completed a 360 flip, three of whom were local fans and had never done anything like this before.

Gus who was able to join many other little ‘biker-dudes’ (and girls), by winning his tickets, brings home the fact that Pastrama is an all round down to earth nice guy who reaches out to the little people like Gussie. To continue this never-ending buzz of excitement Gus has bought himself a new bike, which arrives next week, purchasing it with his life savings. Nitro Circus has served as the impetus of inspiration that will continue to feed the mind of Gus to remain a dedicated trickster bikey for life, and will have a ripple effect through Karitane School and the community of skatey-surfy-bikey kids as he relays his unforgettable night in full colour to all his mates, repeatedly! 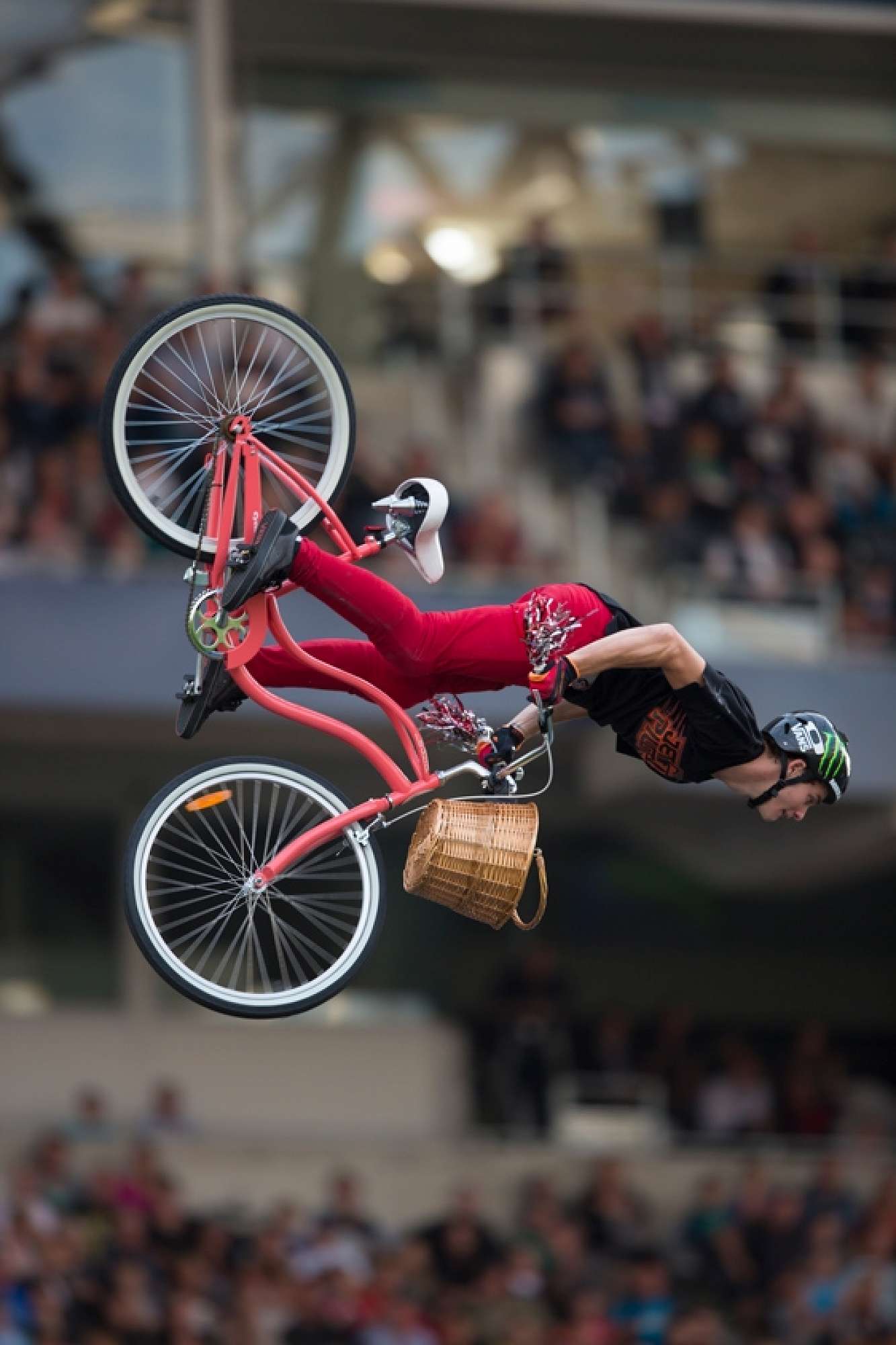 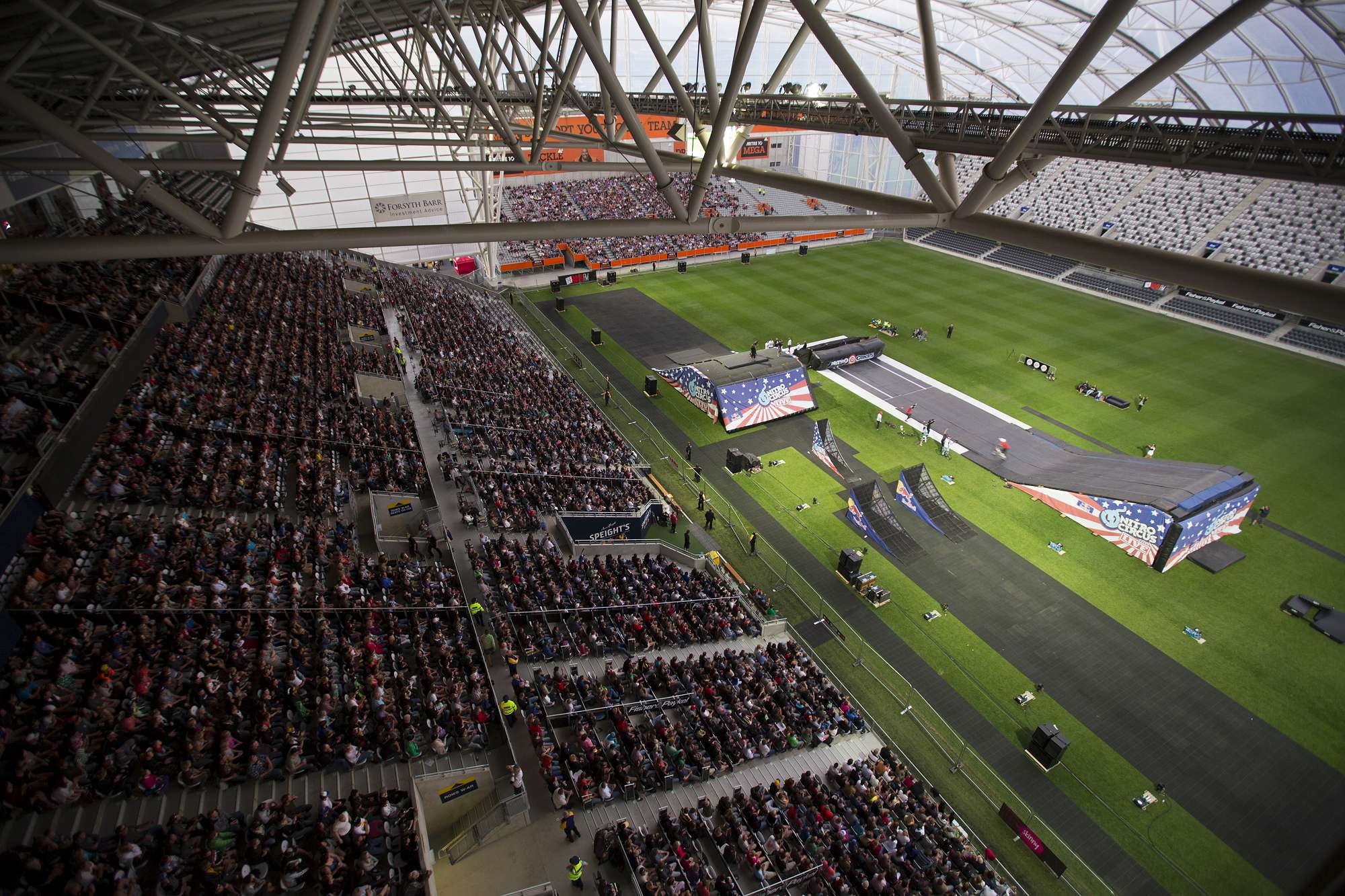 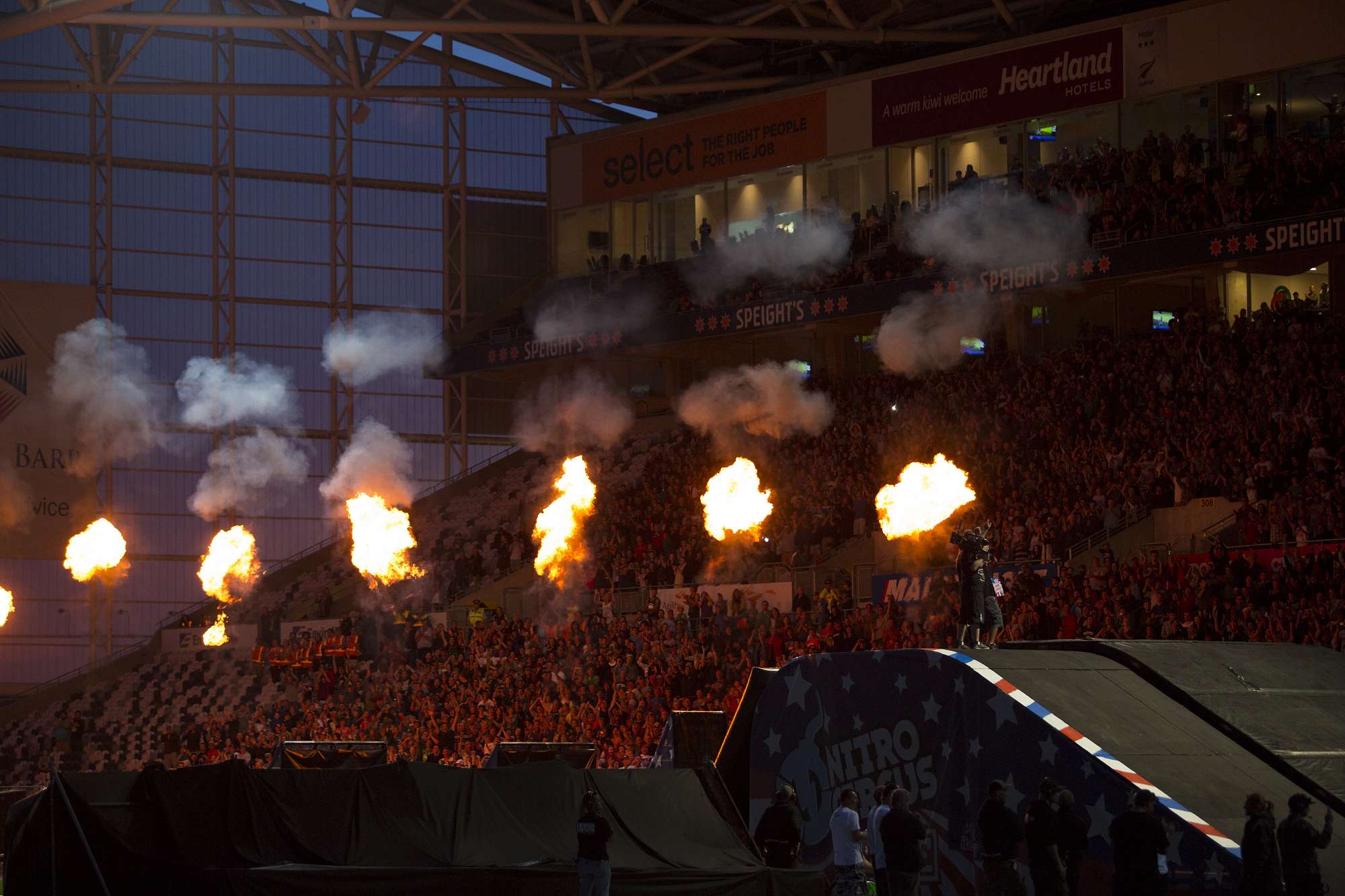 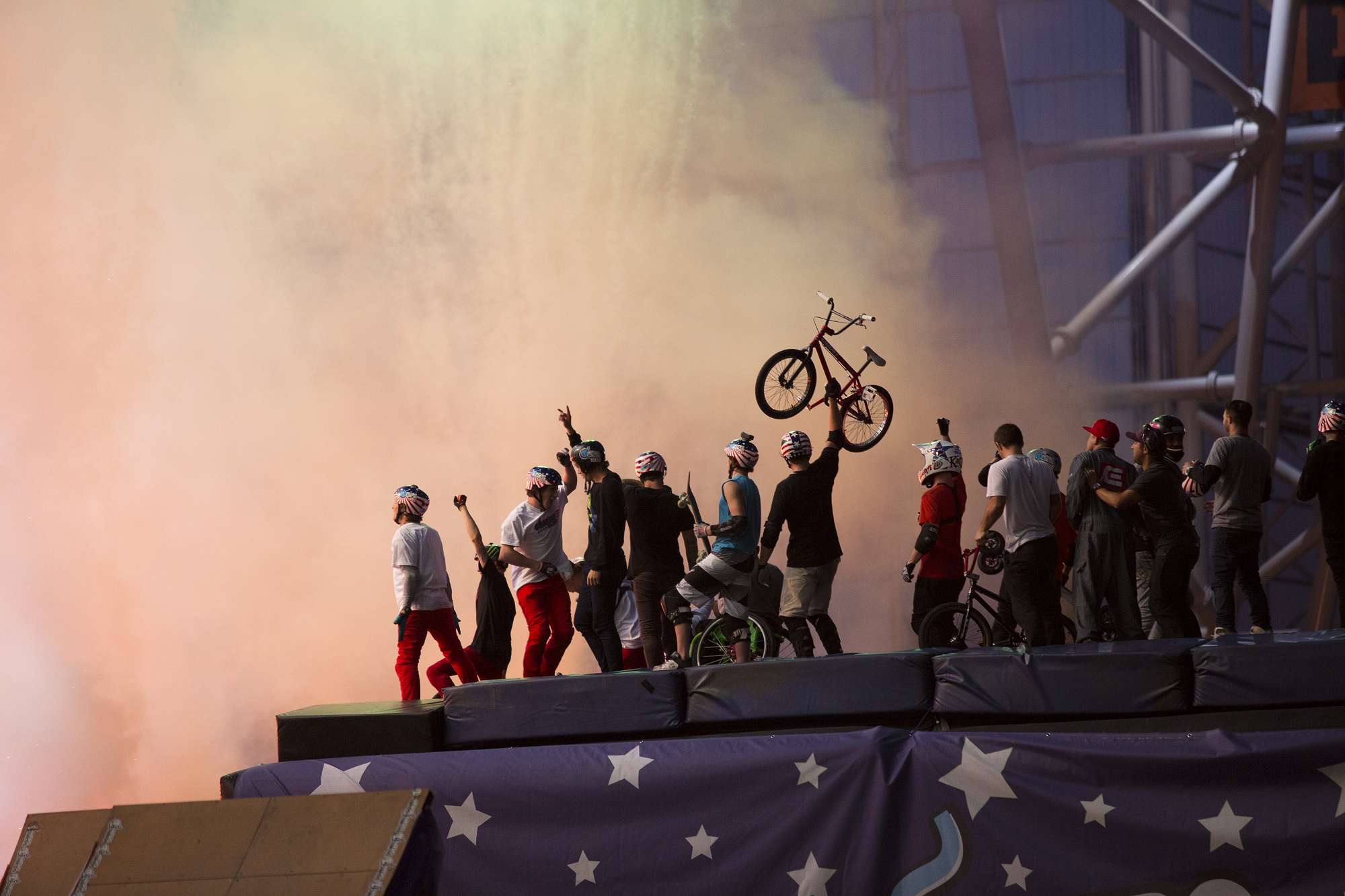 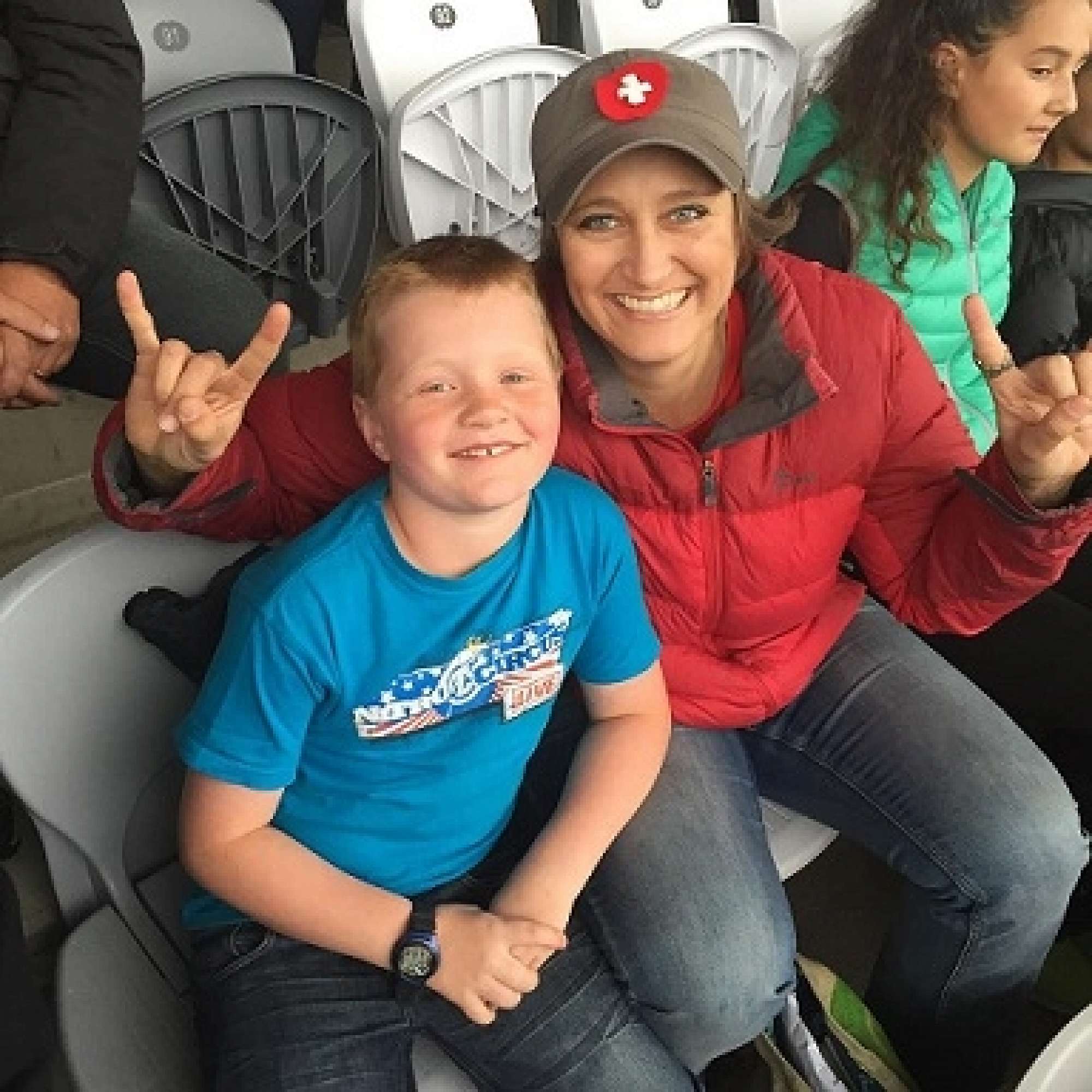 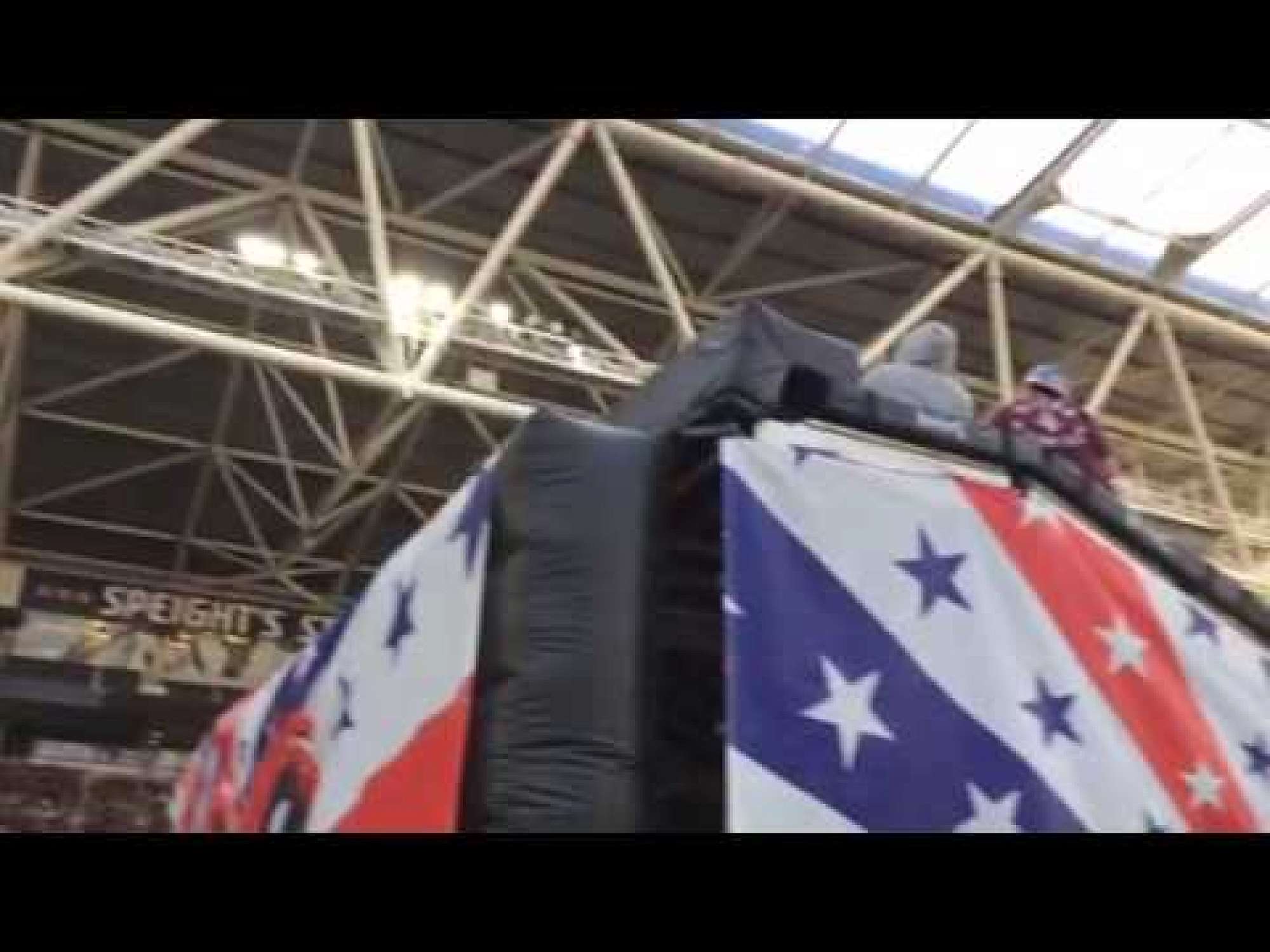