The 35,500 crowd was the largest seen in Otago for a concert.

The audience went wild from the moment the man they call Reggie took the stage at 8.45pm, dressed in a sparkly black suit with an Indian goddess emblazoned on the back, purple shirt and trademark purple glasses, and launched into Saturday Night's Alright For Fighting.

"I can't believe how beautiful it is down here. I've never been to Dunedin before," he told the crowd.

The concert was a trip down the yellow brick road of Sir Elton's glittering 40-year career and towering catalogue of songs.

It was vintage Elton John all the way, his voice undimmed by time, as he belted out hits which have been part of the soundtrack to our lives: Little Jeanie, Bennie and the Jets, Daniel, Crocodile Rock, I'm Still Standing and Rocket Man.

The pop star alternatively caressed and attacked his black Yamaha grand piano, which is reinforced to cope with the rigours to which Sir Elton subjects it.

"That was awesome," Gordon told the Otago Daily Times after his set.
"All you could see was a sea of people."

Many people were wearing costumes and plastic glasses in tribute to Sir Elton's penchant for dressing up. Technicolour wigs, 1970s jumpsuits, cowboy hats, bowlers, fluffy boas and all manner of costumed characters paraded the pitch. People were dressed in crocodile outfits - in homage to the hit single Crocodile Rock - and beachballs were seen bouncing around the crowd.

A group travelled from Christchurch in Santa Claus outfits for a stag do to celebrate the upcoming wedding of a friend.

Others had made long pilgrimages to see Sir Elton's first South Island concert in 20 years.

Greymouth dentist Garry Rae and friends Justine Wood and Tania Mahuika travelled for nine hours by campervan to get to the concert.

"I'm a big Elton fan and we play a lot of Elton at the dental practice. We got our tickets ages ago, but we didn't book accommodation and panicked," Mr Rae said. "So we had a nice wee tiki tour down the South Island in the campervan."

Octagon cafes and bars did a roaring trade in the build-up to the concert, as the central city swelled with out-of-town visitors. A steady stream of concert-goers thronged Anzac Ave in sunshine on their way to the stadium. Strong wind gusts continued throughout the night but they had little effect on concert preparations.

The much-vaunted $1.5 million sound system, which included 109 speaker monitors, provided clean and clear sound around the stadium, although the West Stand roof and south wall panels roared at times in a refreshed wind.

Licensed bars struggled to cope with the numbers and queues were often more than 100 people long.

"It's been an absolutely fabulous night. You can see the smiles on everyone's faces. And all the costumes are great. It's like the Wellington 7s in here."

He would "definitely" be planning future concerts.

"We're working on a couple of things at the moment, but until the ink's dry it's just ink. We're hoping to bring someone here in May and June and something at the end of the year."

Dunedin Venues Management chief executive David Davies said he was pleased with how the stadium and systems had coped with the crowd of 35,500.

"We had 9000 or 10,000 people through Gate C in five minutes. That's pretty good, in my book. There have been some wee traffic issues, but everything's gone very well, considering it's our first event with a capacity crowd."

Two and a-half hours later the concert was over. The Rocket Man had taken off. Nobody left behind was in any doubt they had just witnessed something special. 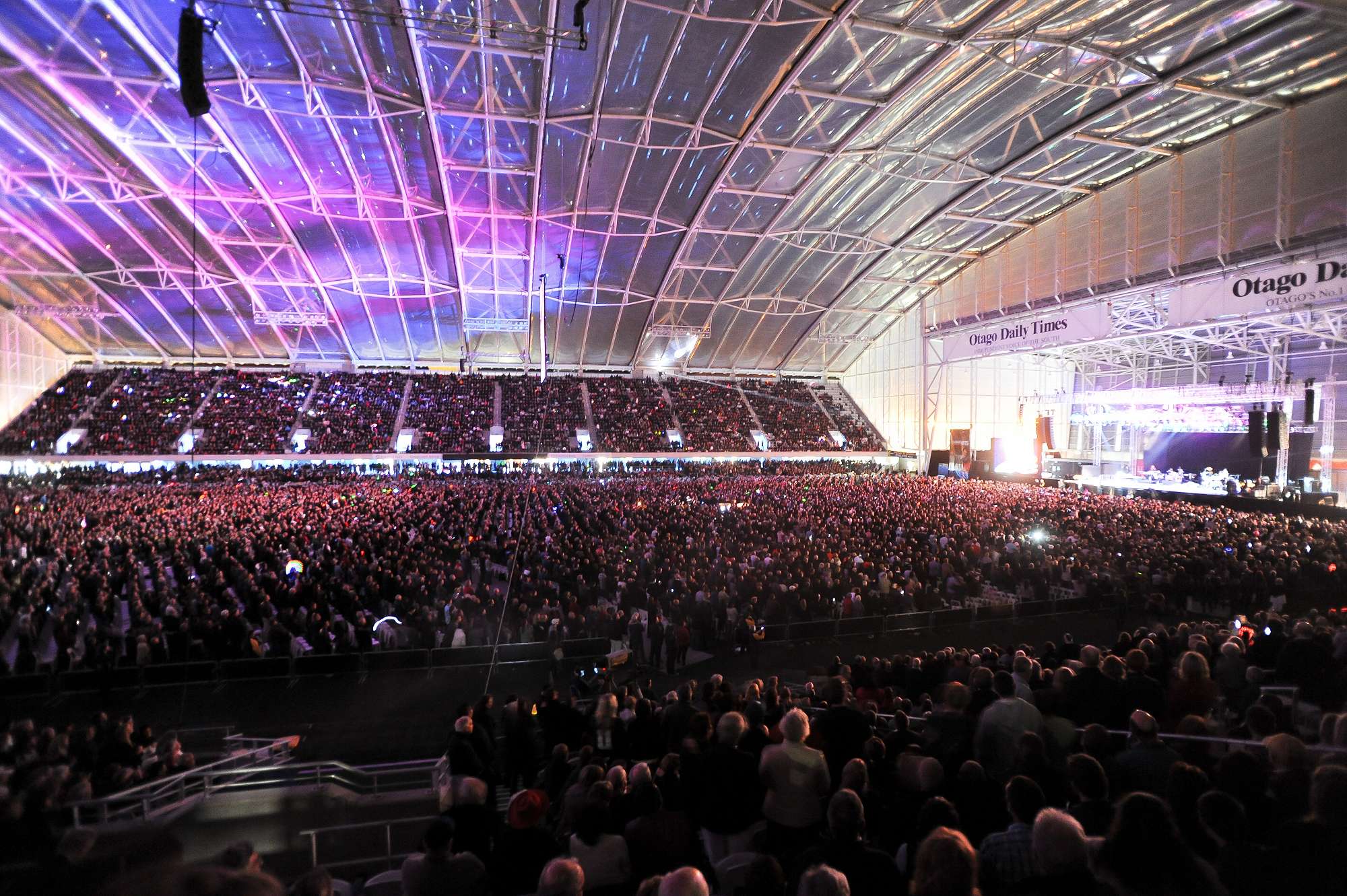