Entire pitch filled with food and drink stalls, entertainment, and about 5,000 very happy guests sampling the huge range of eats and beverages available.

The Stadium was the perfect venue for the 3rd Dunedin Craft Beer and Food Festival held on the afternoon and early evening of 7 November. The entire pitch was filled with food and drink stalls, entertainment, and about 5,000 very happy guests sampling the huge range of eats and beverages available.

With over 240 different beers, wines and ciders, and more than 30 food stalls offering everything from finger food and fast food to restaurant style creations, the range was overwhelming, and a certain amount of planning was necessary to make the best choices.

Fortunately the superb programme included a lengthy description of every drink including the alcohol content, a bitterness measurement for many of the beers, and any awards, which made choosing easier. There was even a handy circle beside each beverage where you could record your rating for future reference, and pens were available for those who came unprepared.

Craft breweries and brew bars from all over New Zealand offered up every kind of beer imaginable, (and some like Zombie Dust and Peanut Slab Stout that you couldn’t imagine), wheat, lager, golden, pilsner, fruit ale, porter, stout and pale ale. There were beers from England and Germany, and wines from France and Australia.

For those with more than eating and drinking on their minds, there were seminars on start-up breweries, how perfect coffee and perfect beer go together, beer and food matching, and the nuts and bolts of brewing beer – malt, hops, yeast and water - and how the home brewer can make slight variations to their beer recipes to alter the flavour.

It was a home brewers’ paradise, with local brewing supplies shop the Dunedin Malt House selling supplies and offering advice, and the announcement of the winners of the Home Brew Competition for this year. The winner of the Grand Prize each year is given the opportunity to brew their beer on commercial equipment with the assistance of a professional brewer, in preparation for the following year’s festival. Last year’s winner was Bourbon Oaked Porter by Brett Houliston, the Official Beer of this Festival, with just 200 litres available on the day. The beers entered in the Home Brew Competition were judged according to the Brewers’ Assn’s 2013 Beer Style Guidelines, and brewing notes and judges’ feedback were given to all entrants.

The Kids Zone provided great entertainment for kids with science shows, a pirate bouncy castle, zorb, balloon animals, face painting, hula hoops and craft activities, while several bands including the very popular Black Seeds entertained the adults. Radio Hauraki provided a Rec Room with a mechanical bull, pool and ping pong for anyone up for that kind of thing.

Digital wristbands made paying effortless, and at the end there was the option of cashing in the remaining credit or handing in your wristband so the money could be donated to charity.

Dan Hendra, Events Manager at OUSA (Otago University Students Assn) which ran the festival, has received dozens of complimentary emails from people praising the high standard of every aspect of the festival. Their aim is to run an end of year festival that educates students about the sensible use of alcohol, increase the mana of OUSA in the community by demonstrating their professionalism in event management, and break down the barriers between ‘town and gown’.

Three quarters of the guests at this year’s festival weren’t students, and they were across all ages groups. These happy and well behaved people, the superb range of food and drink on offer, the many entertainment options, and the sophisticated organisation which held it all together guarantee that the locals will be hanging out for next year’s event. Bravo to OUSA! 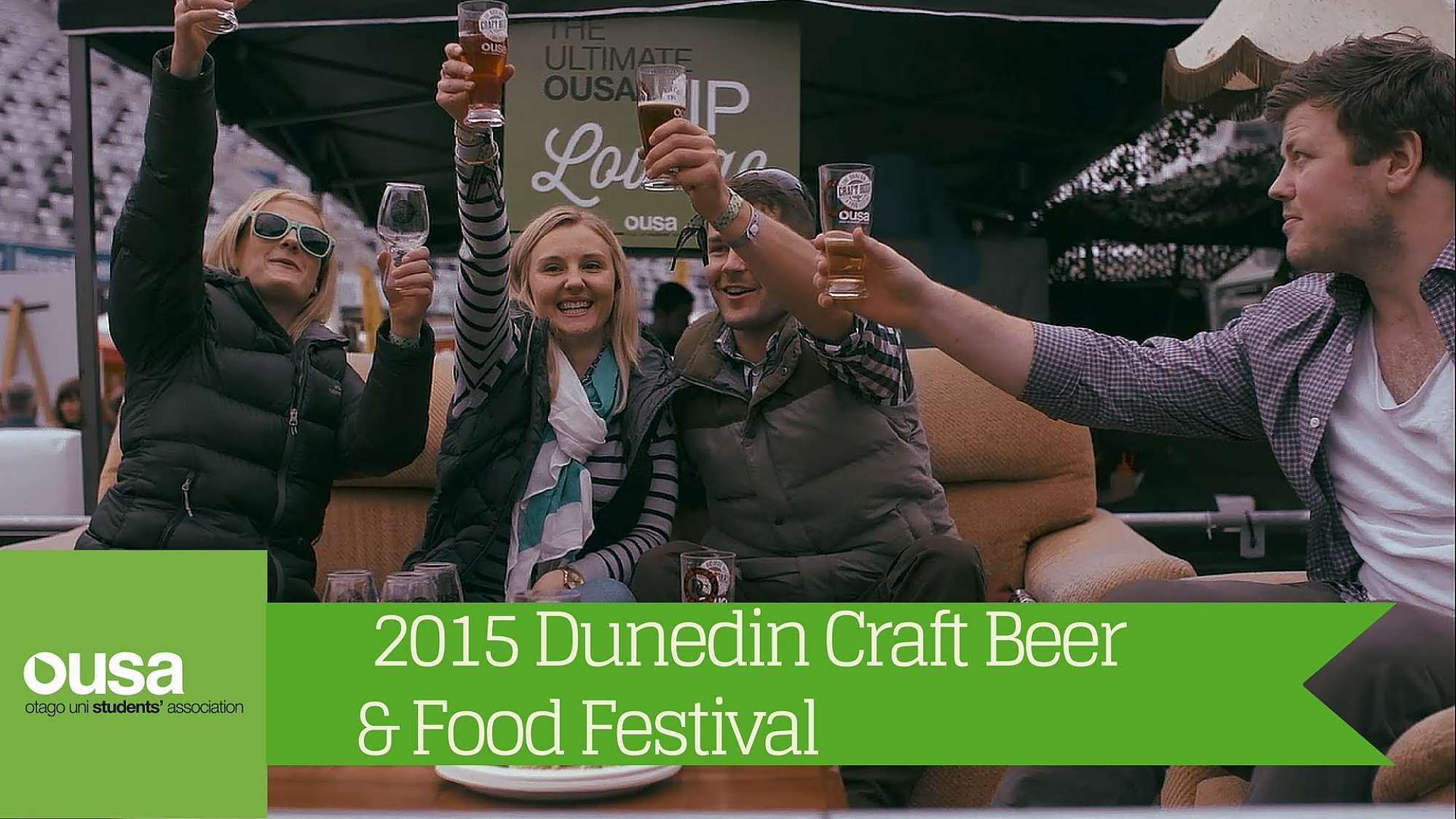