Horse Hooves Under the Roof

Show jumping and 60s band the Hollies may sound like a strange combination but they drew the crowds to the Stadium in February 2013. Horse lovers from all over turned out to watch top horses and their riders competing for big prize money and we even managed to entice some of Australias best.

The New Zealand show jumping record stood at 2.13 metres and the organisers of Ride the Rhythm 2013 offered a prize of $5,000 plus a bonus of $70,000 to the rider whose horse could beat it by 8 cm, clearing 2.21 metres. It was a puissance event where riders complete a short course of jumps which are progressively raised in height. Only those who go clear are able to stay in the competition and in the end they take on one very high jump only. On the day a Kiwi rider Katy McVean and an Australian Billy Raymont tied in first place, both clearing a jump of 1.95 metres. But both horses knocked down some of the mock wall when it was raised to 2.05 metres. The world record for puissance is an unbelievable 2.4 metres, and as it’s a dangerous and very challenging event, it’s not often held these days. Consequently it’s a huge crowd pleaser and everyone holds their breath as horse and rider launch into the air over the impossibly high final fence.

Children on ponies kept the crowd entertained also, some of the country’s top young riders competing in a jumping event and teams of pony club members racing around in mounted games. There was also a demonstration of the latest equestrian craze to hit New Zealand – scurrying – where special small horse drawn carriages are raced reaching speeds of up to 30 kph.

Then in the evening the crowd grew and the Hollies, on their 50th anniversary tour, entertained the crowd with old favourites like ‘Bus Stop’, ‘I’m Alive’, ‘Long Cool Woman in a Black Dress’, and ‘He Ain’t Heavy, He’s My Brother’. 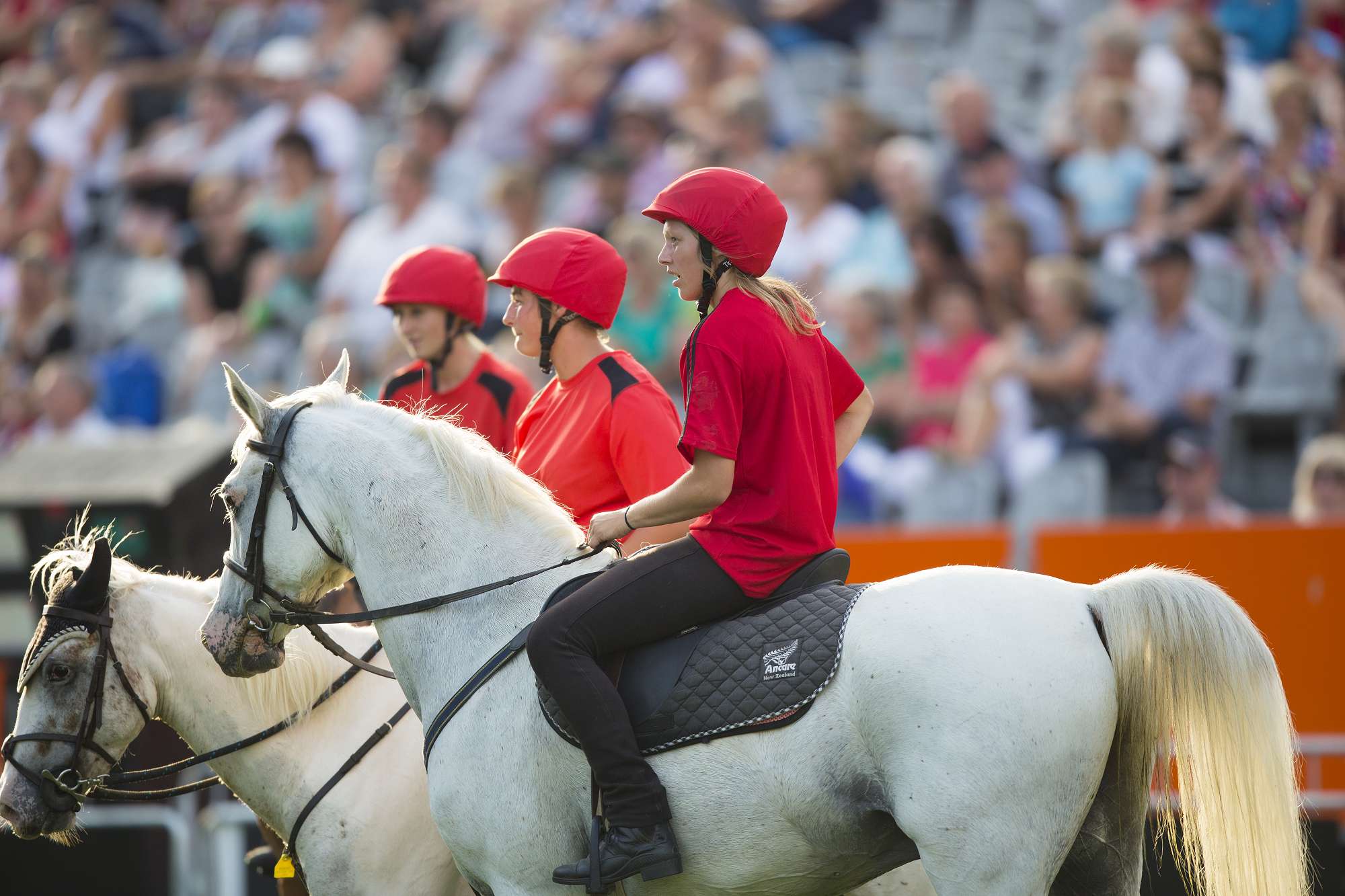 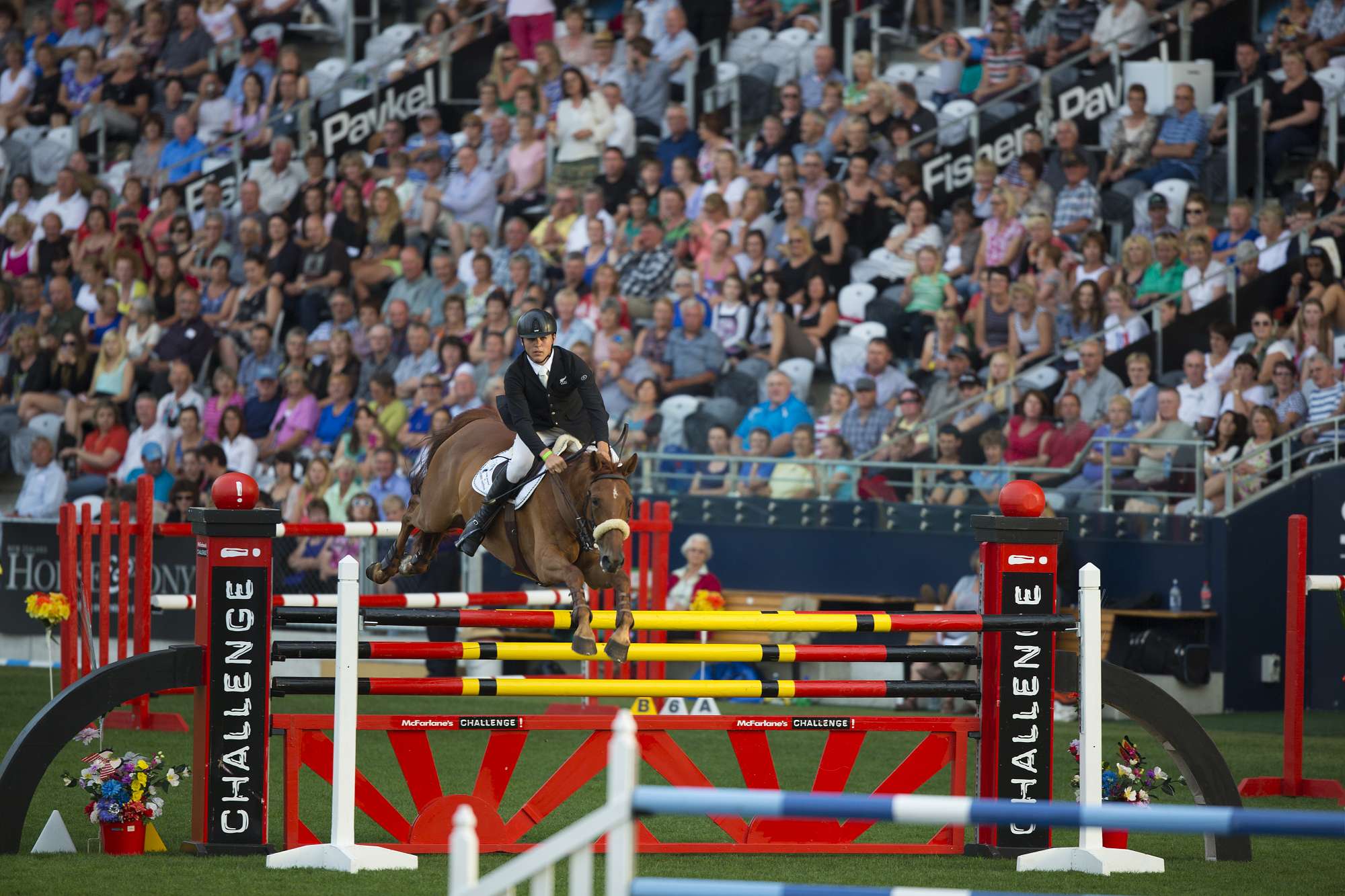