Celebrating the Good Life in Dunedin

If men are from Mars and women from Venus, the Man Cave and She Shed project at The Great Kiwi Home & Living Show illustrated the difference. The cosy and inviting She Shed, with its twinkly lights framing wide open double doors, comfy couch, mauve velvet cushions, plush carpet, pastel shades, tempting art materials and flexible space expressed what many women look for when they want some time out quiet, tranquillity and the opportunity to do their own thing.

The Man Cave on the other hand was all hard edges, with brightly coloured decorations and rugby memorabilia, a bar, dartboard, beer on tap, TV screen, camo green paint job, all set for a party.

Renowned Dunedin fashion designer Tanya Carlson and former All Black Stephen Donald designed all aspects of the two standard 3.6 m by 2.4 m sheds. The materials and labour were donated and the sheds were auctioned, raising $23,000 for the New Zealand Breast Cancer Foundation and the New Zealand Movember Foundation which works to raise awareness and raise funds for research into men’s health issues.

Wanaka resident Annabel Langbein, star of TV cooking shows and cookbooks whose fame has spread worldwide, turned on a performance which delighted the very attentive crowd. And who would have thought that aquafaba, the cooking liquid in a can of chickpeas, would have turned out to be her secret ingredient. Perfect meringues and mayonnaise are only two of the many things that you can make with this cheap and readily available liquid that most of us pour down the sink. She explained to an incredulous crowd that protein from the chick peas gets into the water during cooking, making aquafaba an ideal substitute for egg white.

Annabel turned the chick peas into a delicious and nutritious dip, and used the liquid from the can as an ingredient in aioli, as well as whipping some and adding melted chocolate. She passed these around with vegetables and fruit for the audience to try. She kept the crowd entertained with tales from her youth including her possum hunting days when she made preserves over an open fire, and stressed the point that she’s a cook and not a chef. Learning a few basic methods of cookery is important and it’s like music. ‘You learn a few chords then you learn to put them together, then you’re making up your own tunes.’

Visitors to the show could listen to a wide range of fascinating speakers on architecture, landscaping, and food, while those wanting to chill out with friends over a plate of Southern delicacies enjoyed an ever changing line up of young local solo musicians. Children enjoyed the ultimate chill out zone with huge inflated creations to bounce and slide on, art activities, performers, books and even their own food stall. 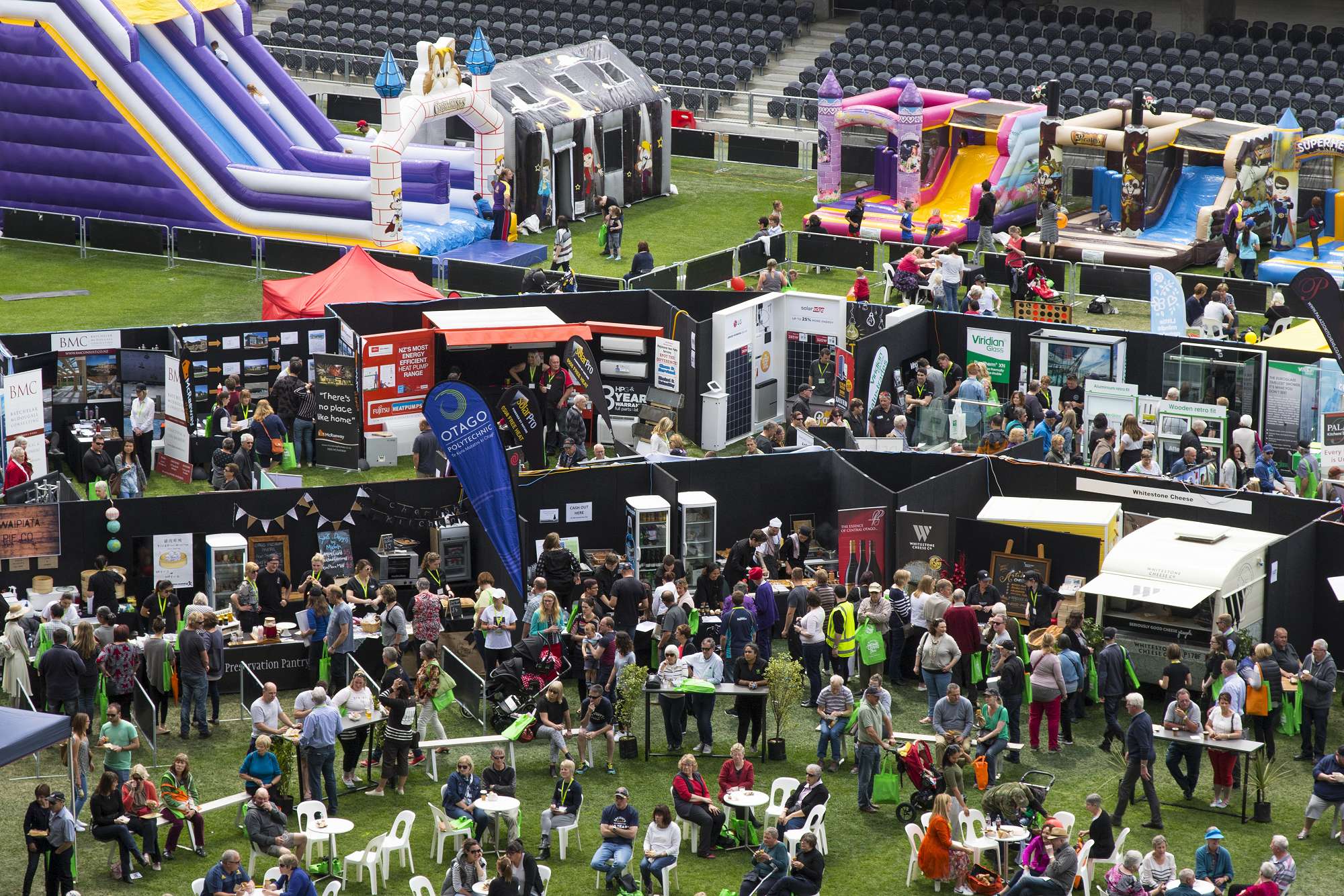 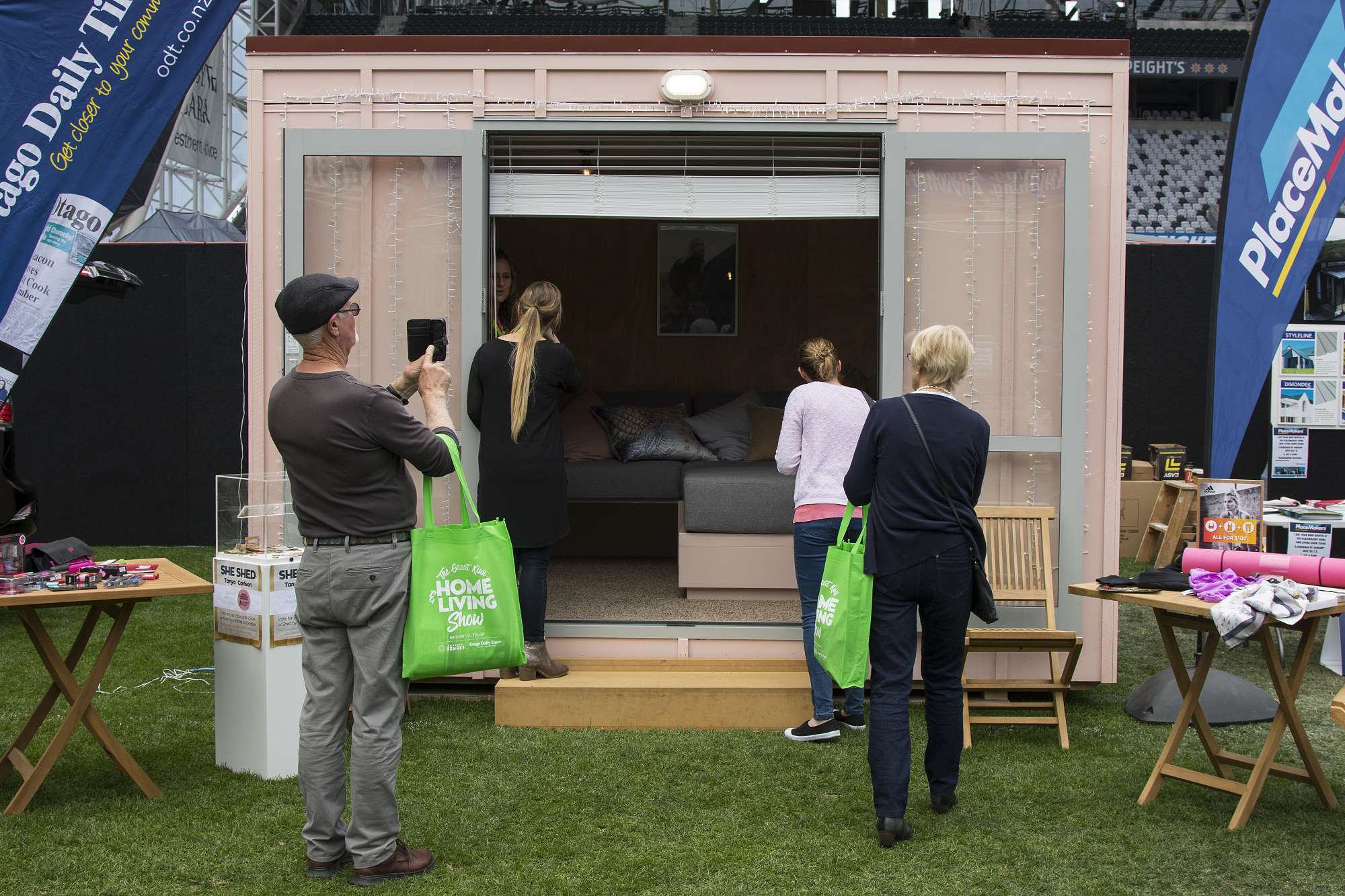 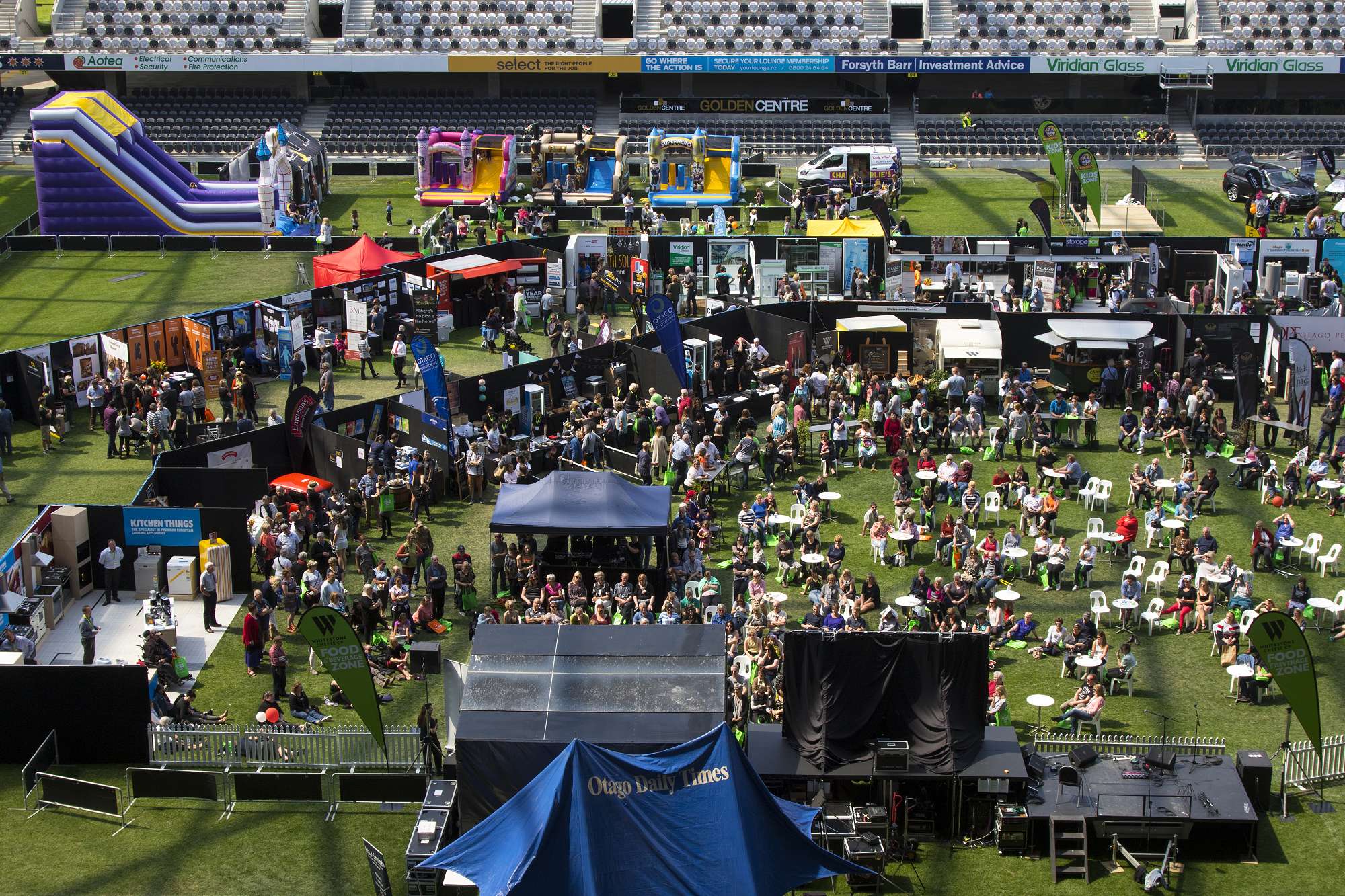 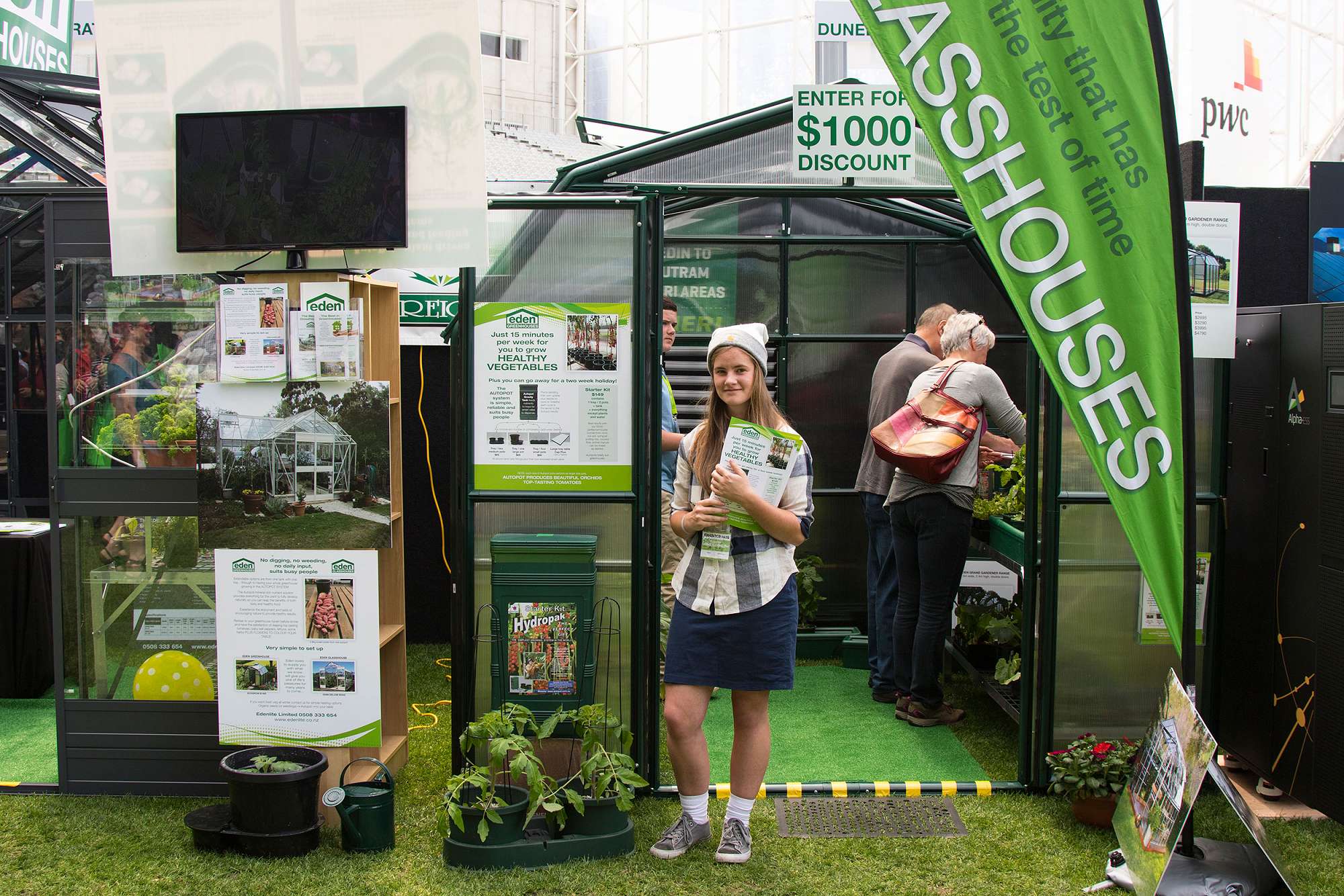 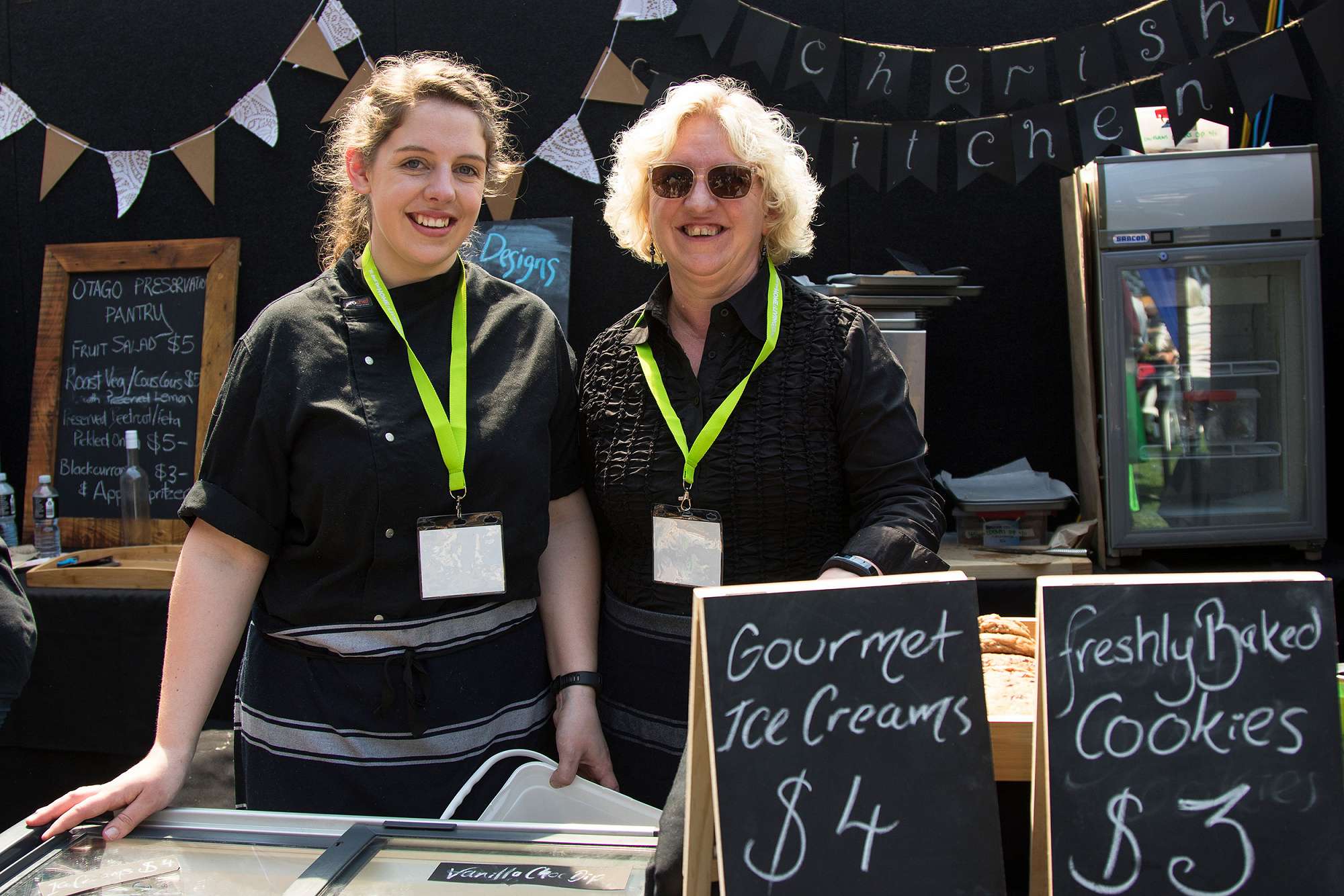 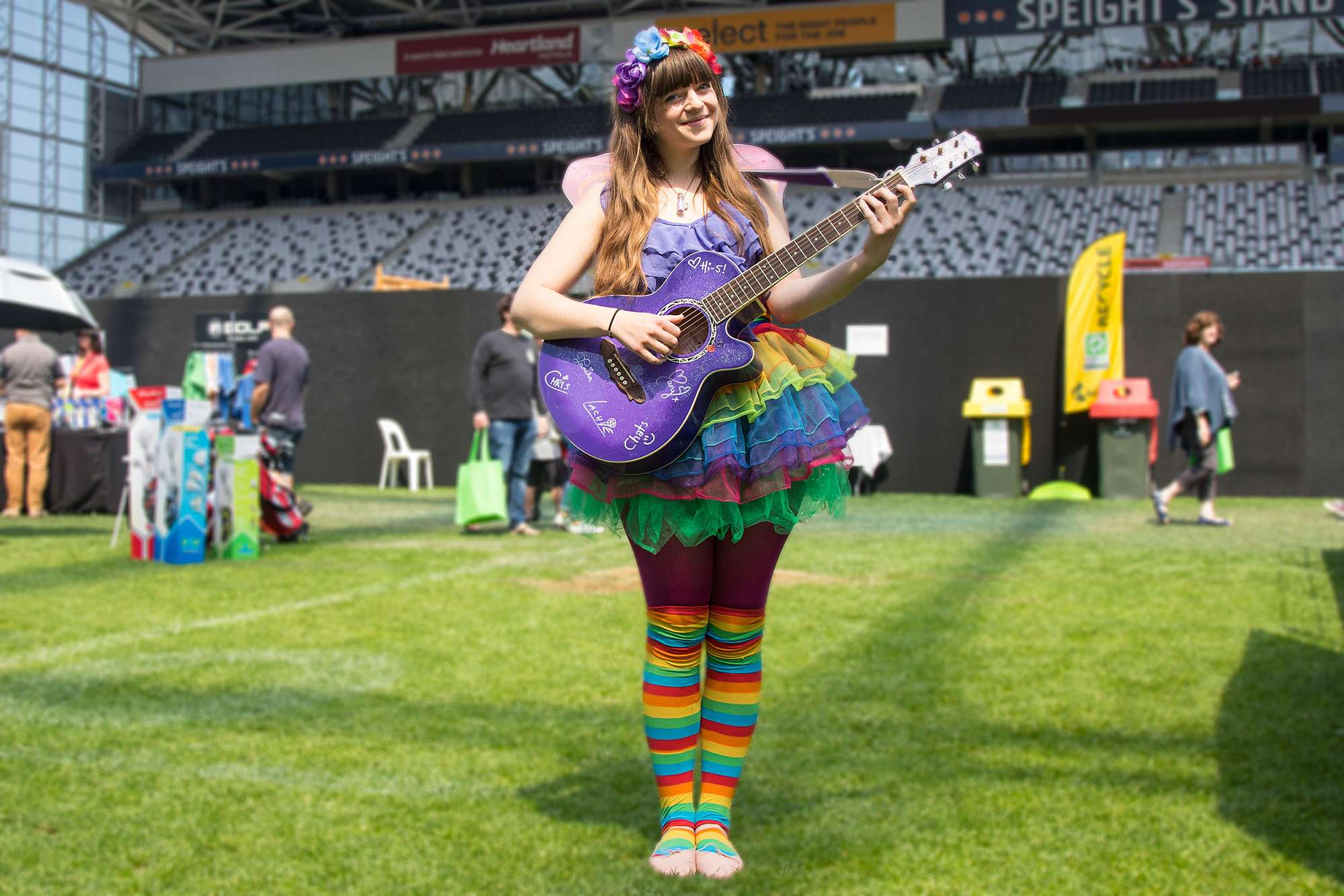 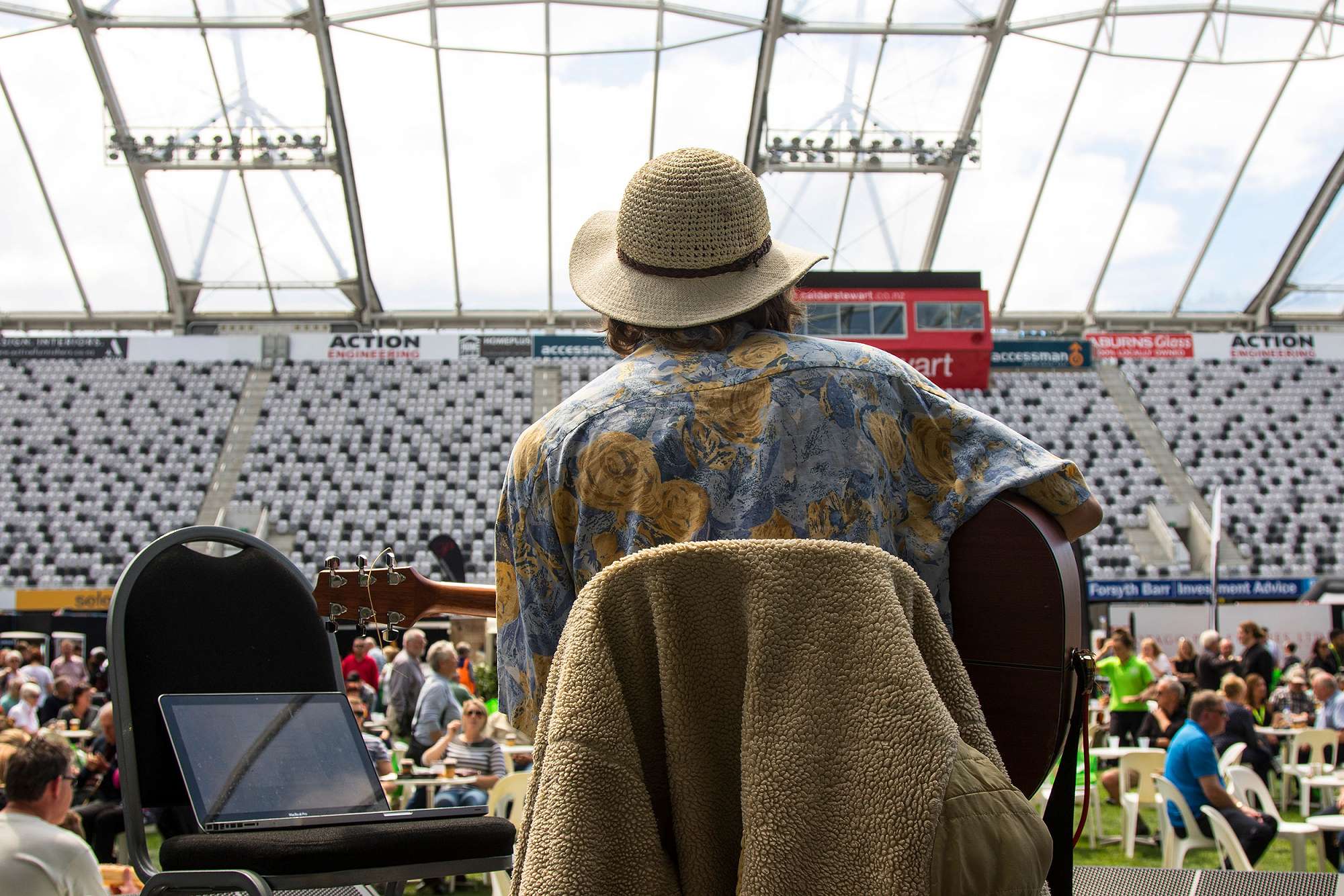