Behind the scenes of the Forsyth Barr Stadium turf renovation

The Stadium turf renovation was a public affair with over 100 people joining us to sow the seeds of the new turf.

Over time sand and seeds cover the artificial grass fibres on the pitch so a major pitch renovation needs to be done every two to three years. The renovation uncovers these fibres to add grip to the ground again. Forsyth Barr Stadium turf manager Michael Watson said the re-turfing had been scheduled for December 2020, but because of the volume of events at the stadium, the re-turfing was brought forward.

The process began on Sunday with a specialist machine brought from Christchurch to remove the top layer of grass. On Monday morning members of the public watched as the stripping process continued and the top 10-15mm of the natural turf was removed, leaving behind only the synthetic grass.

Two days later, on Wednesday 4 December, seed sowing began. Social media and local radio competitions were run to give the public the chance to sow the first seeds. About 100 members of the public joined us, walking out through the players tunnel to pick their spot on the pitch and throw the seeds out - a priceless experience for all involved. Visitors came from as far south as Riversdale in Southland and as far north as Oamaru.

A competition was run to guess how many KG of grass seed was used to sow the turf for 2020. Congratulations to our winner Harry Moir who was one of 23 correct guesses - 450 kg of seeds were spread over the pitch.

The growing phase will take about 10 days. During the growing period, the ground will be fertilized and watered. 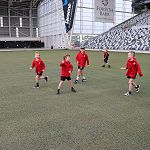 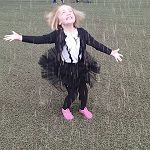 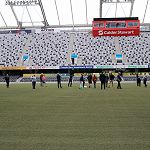 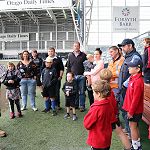 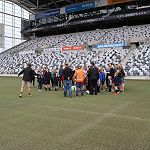 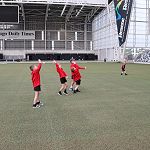 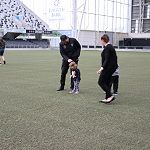 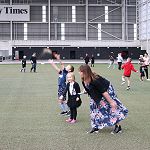 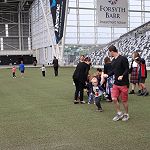 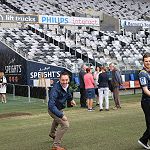 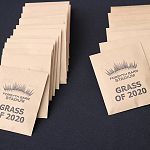 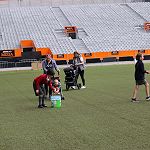 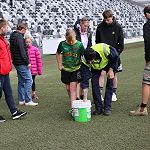 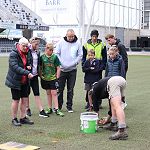 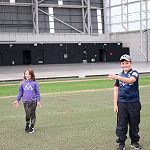 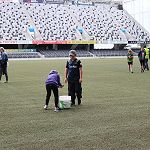 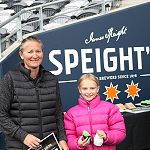 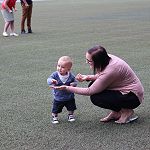