The pitch at Forsyth Barr Stadium once again demonstrated its durability during a number of great events over the last years. After three years, it was time to renovate the pitch for the upcoming rugby season and other events.

The renovation started on December 4. Here, the existing turf was removed by a machine and only the synthetic grass was left. Groundsman Michael Watson explained we use a stabiliser system which is called Desso. These are long artificial fibres that keep everything together and provide grip to the players.

Two days later, on December 6, the seed sowing began. With the help of a tractor, 450 kg of seeds were dispersed over the pitch. Some competition winners helped to sow the last seeds.

The growing phase took about 10 days. During the growing period, the ground was fertilized and watered.

In total, the whole renovation process took about 14 days and the pitch is now ready for another year full of events! 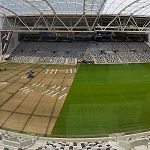 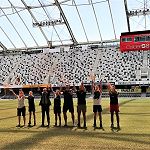 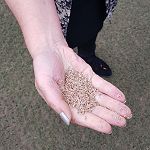 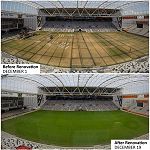 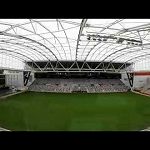